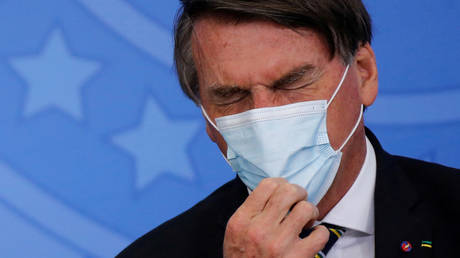 Brazilian Supreme Court Justice Celso de Mello has ordered President Jair Bolsonaro to give evidence in person over allegations that he tried to interfere in the work of the federal police.

The justice ruled on Friday that the president could not be questioned in writing, according to local media.

The Supreme Court authorized the probe in April following accusations made by former Minister of Justice and Public Security Sergio Moro. The minister had resigned saying that Bolsonaro pressed him to change the chief of the federal police. Moro also accused the president of seeking to interfere in investigations that involved family members.

Bolsonaro has called the accusations unfounded. The attorney general, Augusto Aras, said in July that the president may choose the way he wants to give testimony to the federal police in the investigation.

Aras said the president has three options – to exercise his constitutional right to remain silent, forward in writing the answers to questions, or indicate the date and place for a hearing.

If he is indicted, Bolsonaro, who is also facing criticism for downplaying the gravity of the coronavirus epidemic, would be suspended.

However, an indictment of the president would have to be approved by the lower house of Congress before a trial could move ahead in the Supreme Court. The house is currently dominated by Bolsonaro’s supporters.