The world’s third-richest man is shifting from preaching about pandemics to promoting his new book about climate change, urging humanity to embrace the sci-fi idea of fake meat in order to save the earth from greenhouse gases.

Tuesday saw the publication of ‘How to Avoid a Climate Disaster: The Solutions We Have and the Breakthroughs We Need,’ the new book by Microsoft co-founder Bill Gates. In one of the interviews promoting the book, he argued for cutting down the levels of methane by getting rid of livestock and replacing it with the science-fiction trope of vat-grown meat.

“I do think all rich countries should move to 100 percent synthetic beef,” Gates told Technology Review in an article published Sunday. “You can get used to the taste difference, and the claim is they’re going to make it taste even better over time. Eventually, that green premium is modest enough that you can sort of change the [behavior of] people or use regulation to totally shift the demand.”

The idea is to lower the emissions of methane, a greenhouse gas produced by grazing animals such as cows or sheep as they digest grass. Praising the technological achievements in agriculture and bioengineering, Gates said there was no other way but to eliminate livestock, even as he admitted that telling people “You can’t have cows anymore” is a “politically unpopular approach to things.”

Unpopular is one way to describe it, judging by the reaction to his proposals, which have ranged from telling Gates to “take a hike” to much less printable things.

Someone Tell That Dork Bill Gates To Take A Hike If He Thinks He Can Get The World To Switch To 100% Synthetic Beef https://t.co/Kjzkyj9obG pic.twitter.com/IwN40VwKst

“You’ll be eating the 3D printed plastic meat, not him and his Davos friends,” tweeted commentator Paul Joseph Watson, noting that Gates is a carnivore who dmitted hamburgers are his favorite food.

Bill Gates saying western countries should switch to “100% synthetic beef” while himself being a vociferous carnivore and admitting his favorite food is hamburgers.

You’ll be eating the 3D printed plastic meat, not him and his Davos friends.

That’s not a random observation, either, as vat-grown chicken has sold for about $50 a nugget when it was first served at a luxury restaurant in Singapore, back in December 2020.

Actual animals are far more efficient than any human-developed technology, as one Twitter jokester pointed out when he pitched “a fully-functional beef-producing self-replicating cellulose-to-protein bio-reactor” – also known as a cow.

now I just need to go buy a cow

Watson added that Gates is “putting countless farmers out of business, while he buys up record amounts of farmland and monopolizes global food production.” He wasn’t the only one, as others pointed out that Gates has by now acquired 268,000 acres of land across 19 US states.

Bill Gates now owns the most farmland of anyone in the United States, according to The Land Report, owning 268,984 acres of land combined across 19 states.

Congressman Thomas Massie (R-Kentucky) took a different tack, saying that Americans “will be eating real beef for a while since we’re $27.9 trillion in debt,” and Gates only wants “rich” nations to make the switch.

Massie actually knows a thing or two about farming himself, raising chickens and other animals on his 1,000-acre homestead, powered by solar panels and Tesla batteries.

I’m thinking Americans will be eating real beef for a while since we’re $27.9 trillion in debt.#sassywithmassie https://t.co/FvrdX58USR

Gates, meanwhile, lives in a 66,000-square-foot mansion in Washington state and consumes 486 gallons of fuel per hour of flying in his private jet, according to a blistering critique of his book and environmentalist efforts in Nation magazine.

For all that global warming has been renamed “climate change,” environmentalists remain obsessed with the notion that the planet is warming thanks to human activity, which must be stopped at all costs.

In 2019, Congresswoman Alexandria Ocasio-Cortez (D-New York) was mocked for rolling out a ‘Green New Deal’ proposal that would get rid of “farting cows and airplanes” over the course of a decade, only to be blasted by Greenpeace founder Patrick Moore as a “pompous twit” who would “get us all killed.” Current US President Joe Biden now appears to have adopted the ambitious carbon emission proposal in all but name.

Gates doesn’t seem to be entirely on board the green revolution, however, as he told Australian media this week that “nuclear fission and fusion are really the only things that can work” to generate 25 percent of electricity independent of the weather, which wind and solar can’t do without “a miracle invention” of far cheaper batteries to store the energy year-round.

As he was saying this, millions of Texans found themselves without power, with the state’s wind and solar capabilities rendered useless during an unusually severe snow and ice storm. 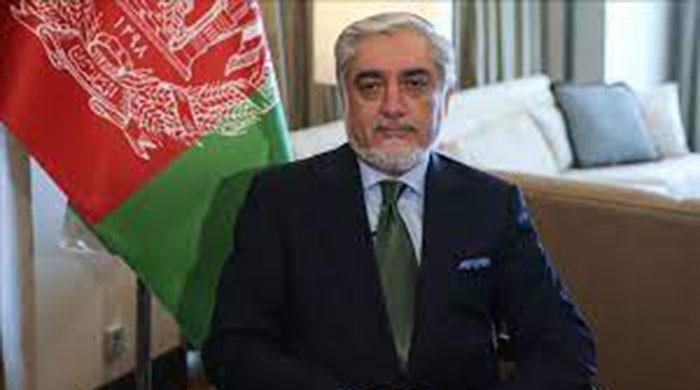 Why Islamophobia is hurting Europe