Democratic presidential candidate Joe Biden has urged Senate Republicans not to vote on any candidate nominated to the Supreme Court as the November election approaches, calling his rival Donald Trump’s plan an “exercise in raw political power.”

Biden was speaking on Sunday, the day that a second Senate Republican voiced objections to Trump’s plan to vote quickly on a replacement to liberal Justice Ruth Bader Ginsburg, who died on Friday. Such an appointment by the president, if approved by the Senate, would cement a 6-3 conservative majority that could influence American law and life for decades.

“Voters of this country should be heard … they’re the ones who this Constitution envisions should decide who has the power to make this appointment,” Biden said in Philadelphia. “To jam this nomination through the Senate is just an exercise of raw political power.”

“I appeal to those few Senate Republicans, the handful who really will decide what happens,” Biden added. “Please follow your conscience. Don’t vote to confirm anyone nominated under the circumstances President Trump and Senator [Majority Leader Mitch] McConnell have created. Don’t go there.”

Trump on Saturday promised to nominate a woman and said he will make his nomination this week, naming federal appeals judges Amy Coney Barrett and Barbara Lagoa as possible candidates to fill the vacancy created by the death of liberal icon Ruth Bader Ginsburg on Friday.

“I will be putting forth a nominee next week. It will be a woman,” Trump said at a campaign rally in Fayetteville, North Carolina, where supporters chanted “fill that seat”.

“I think it should be a woman because I actually like women much more than men,” he said.

The death of Ginsburg could affect the November election, with Republican brass promising to vote on an appointee before voters go to the polls, despite resisting a similar election-year nomination by Democrats in 2016.

The vacancy has brought new urgency to perennial social issues like gay rights, voting rights, religious rights, abortion rights, and gun rights, which could be reshaped for years to come by a resounding conservative majority.

Ginsburg’s death has also raised the stakes on the upcoming Senate elections, with attention turning to how voters will respond to Republican’s actions in the weeks to come. 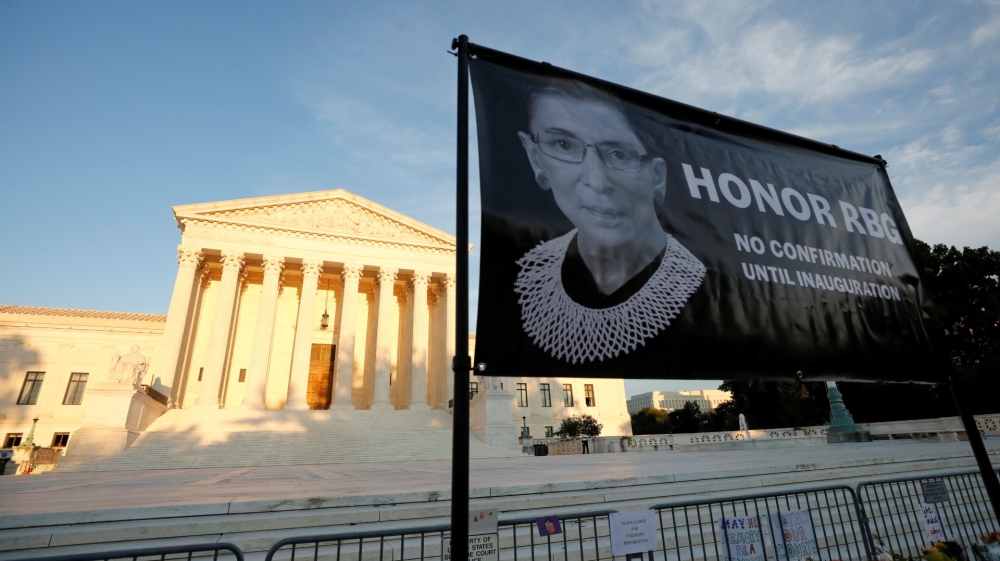 With a 53 to 47 majority, at least four Republican senators would need to break from party ranks and vote against a Trump nominee to thwart the current plan. The vice president casts the deciding vote in the event of a tie.

On Sunday, Lisa Murkowski, a senator from Alaska, became the second Republican in the chamber to oppose voting on a nominee before the November election.

Susan Collins, a Senator from Maine, said on Saturday she would not support replacing Ginsburg before the election.

My statement on the Supreme Court vacancy: pic.twitter.com/jvYyDN5gG4

Senator Mitt Romney, the sole Republican to vote against the president in an impeachment trial earlier this year, is also considered a potential opponent to the move.

Meanwhile, Senator Lindsey Graham, who staunchly opposed voting on a Supreme Court justice candidate nominated by then-President Barack Obama in 2016, said on Saturday he supported the Republican plan to move forward with the pre-election vote.

‘Back from the brink’

During his speech, Biden cast the conflict over the nomination as bringing the country to the precipice of fundamental changes to social issues shaped by the court: “The right to health care, clean air, clean water, environment, equal pay for equal work, the rights of voters, immigrants”.

“Right now, our country faces a choice, a choice about whether we will come back from the brink,” Biden said.

The former vice president also emphasised Trump’s attempts to overturn the Obama-era Affordable Care Act, the likelihood of which is expected to increase substantially with a more a conservative Supreme Court.

Biden connected the attempt to repeal the legislation, which prohibits insurance companies from denying coverage based on a pre-existing condition, directly to the coronavirus pandemic.

“Donald Trump is before the Supreme Court trying to strip health care coverage away from tens of millions of families, strip away the peace of mind of more than 100 million Americans with pre-existing conditions,” Biden said.

“It’s complications from COVID-19 like lung scarring and heart damage that become the next deniable pre existing condition for over 6 million Americans who have already contracted the disease.” he said.

Earlier on Sunday, Republicans and Democrats sparred over the way forward, with Senator John Barrasso, a Republican speaking on NBC, brushing off Democratic complaints about the nomination process.

“Let’s be very clear – if the shoe were on the other foot and the Democrats had the White House and the Senate, they would right now be trying to confirm another member of the Supreme Court,” Barrasso said.

“What’s happening in our country is incredibly dangerous,” said Clinton, a former secretary of state whose husband, Bill Clinton, nominated Ginsburg to the court in 1993.

“Our institutions are being basically undermined by the lust for power,” she said.

Some observers have raised the prospect of Democrats “packing the court” – or increasing the number of judges on the court – if Republicans push through with a confirmation before the election and Democrats go on to take control of the Senate.

On Saturday, Senate Minority Leader Chuck Schumer told a conference call of Democrats that “nothing is off the table for next year” if Republicans are successful in their attempt, Reuters news agency reported on Sunday, citing an unnamed source who listened to the call.

Trump has already appointed two justices: Neil Gorsuch in 2017 and Brett Kavanaugh in 2018.

10,000 doses of CanSino coronavirus vaccine wasting away at Karachi warehouse 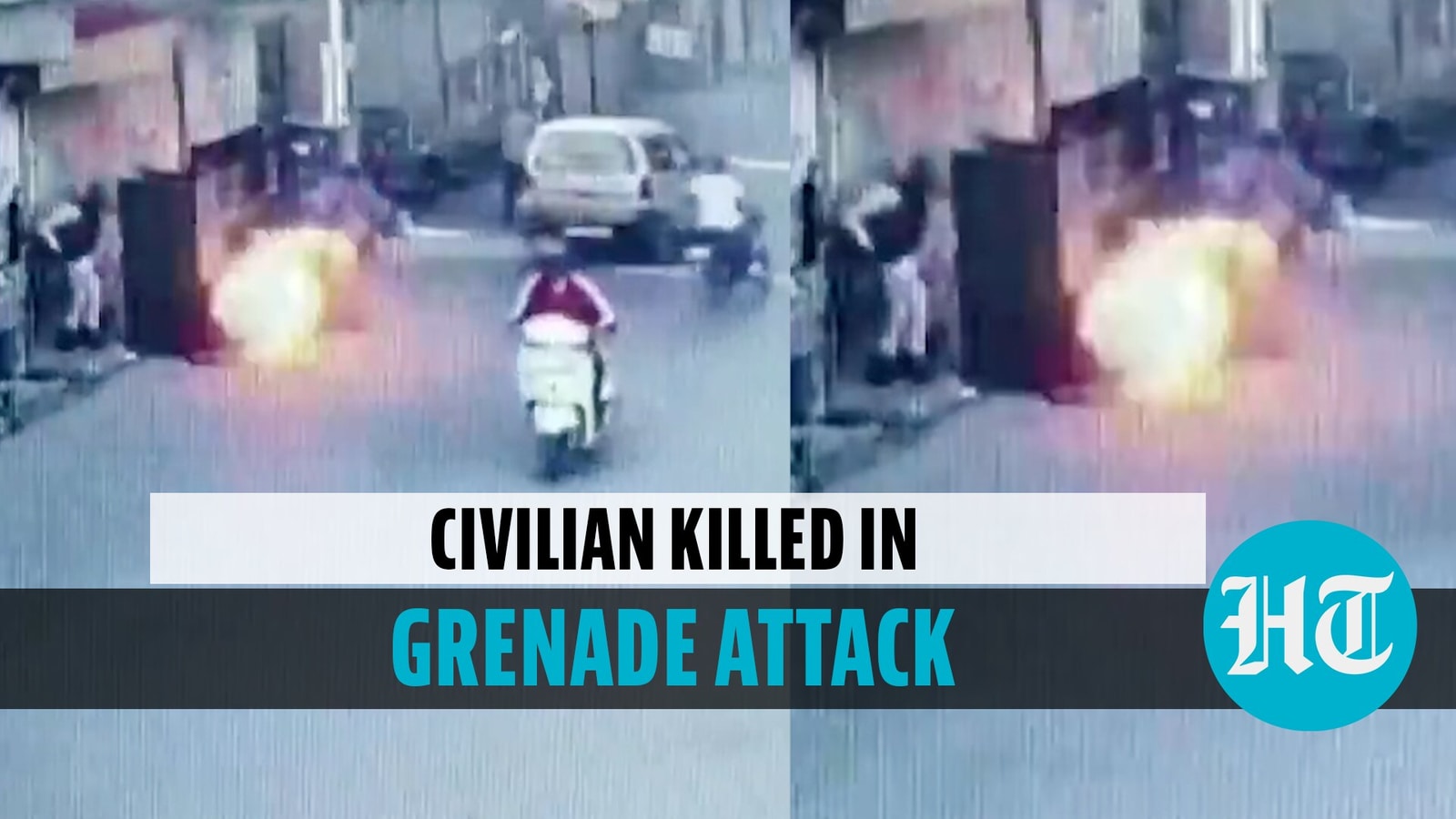