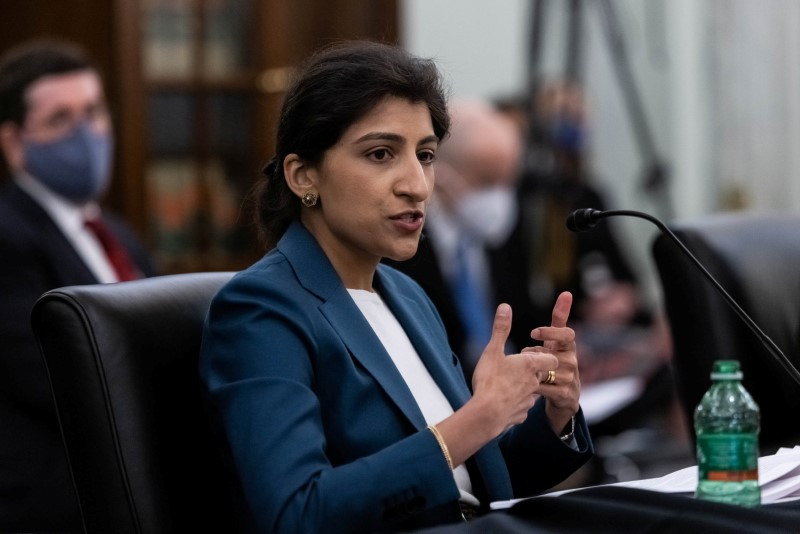 Lina Khan, an antitrust researcher focused on Big Tech's immense market power, was sworn in on Tuesday, June 15, as chair of the US Federal Trade Commission, a victory for progressives seeking a clampdown on tech firms who hold a hefty share of a growing sector of the economy.

Hours earlier, the US Senate had confirmed Khan, with bipartisan support.

"We applaud President Biden and the Senate for recognizing the urgent need to address runaway corporate power," advocacy group Public Citizen said in a statement.

US Senator Elizabeth Warren tweeted that the administration's selection of Khan was "tremendous news."

"With Chair Khan at the helm, we have a huge opportunity to make big, structural change by reviving antitrust enforcement and fighting monopolies that threaten our economy, our society, and our democracy," Warren said in a separate statement.

The Information Technology and Innovation Foundation (ITIF), whose board includes representatives from tech companies, issued a statement warning that a "populist approach to antitrust" would "cause lasting self-inflicted damage that benefits foreign, less meritorious rivals."

The federal government and groups of states are pursuing various lawsuits and investigations into Big Tech companies. The FTC has sued Facebook and is investigating Amazon. The Justice Department has sued Google.