Beirut, Lebanon – Walking through the rubble of her neighbourhood last week, Sabine Salameh spotted a car crushed under the yellow sandstone blocks of an old heritage building.

The silver sedan was flattened, caked in dust and was clearly never going to function again.

She brought a spray can close to its dented bodywork and wrote “Mood” in black, capital letters. Later, the 27-year-old freelance writer found out that the car belonged to a friend – a testament, she agrees, to how small Beirut is and how inextricably-linked so many of its inhabitants are.

A ferocious explosion tore through the Lebanese capital on August 4, killing more than 170 people, wounding upwards of 6,000 and leaving some 300,000 homeless. It also rippled across the connections that criss-cross the city, shaking even those who were at no immediate risk from the blast wave itself. 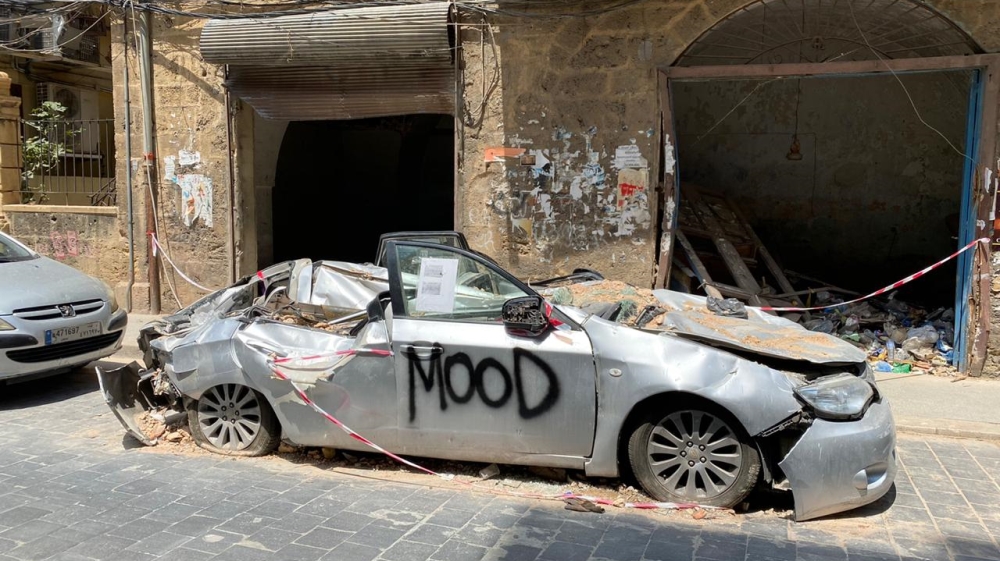 Some 10 days later, as the sound of glass being cleared recedes behind the clamour of hammers and the drills of reconstruction, many are struggling to see a way forward – the trauma of the explosion at the Beirut port has piled problems onto people already weary after a biblically-bad year.

In October, the worst wildfires in decades were swiftly followed by an unprecedented uprising demanding an overhaul of the political system. Then, the country’s deepest-ever economic crisis impoverished thousands. Then the coronavirus.

“And now this,” Salameh says. “We’re constantly trying to put our lives back together and then something else happens.”

“You feel that there is no place for you to put your feet on the ground, there’s nowhere safe,” she adds.

“We didn’t feel safe on the streets and then the revolution gave them back to us – we conquered the corner, then the square. Then corona showed us that safety is only inside our house, and then this broke everything: our home isn’t even safe any more.”

‘We are waste-people in a wasteland’

Ghalia Alwani, a Syrian writer based in Beirut, had just opened her balcony door, facing the port, when the sky turned grey and an airborne tsunami rolled over her home.

Since then, the 25-year-old has only managed to spend one night at her house in the badly affected Mar Mikhael district, a cosmopolitan neighbourhood where foreigners of varied backgrounds live side-by-side with Lebanese.

The rumble of trucks driving past her glassless windows jolts her awake at night. “I’m literally scared of my bed,” she says.

The sound of running water in the shower morphs into the wailing of ambulance sirens and screaming people. Through her blurred vision, a roadside fruit stall contorts into dead bodies, including a bloodied couple she saw as she tried to escape.

She was vegan before the explosion. Now, she eats McDonald’s “every day”. Her roommate was recovering from a long period of alcoholism. No longer.

All the memories are compounded by the fact that, like many Lebanese, Alwani has little confidence that the local investigation into the explosion will bring any justice for the victims.

“We are waste-people in a wasteland,” she said. “I’ve always felt through my experience with Syria that Arabs are so expendable. Maybe people here felt a bit more special because of the hip bars and life and art, but we are all waste-people who die and it doesn’t matter.”

Alwani stops, winces at the sound of a loud thud, and carries on: “It’s not normal that we can’t find joy in silly things like the latest TikTok trend because we’ve literally seen death. I don’t want to be an Arab-survivor-victim for life. But I am, it’s done.” 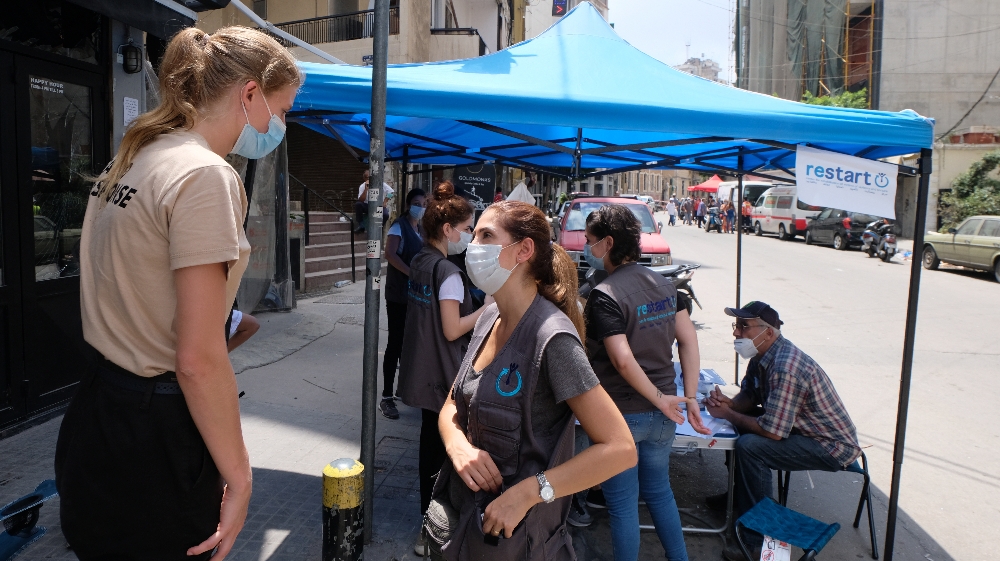 The explosion was so fierce that psychologists trained to help victims of war and torture have deployed to the streets, going door to door to provide emergency mental healthcare.

“Right now, we can talk about acute stress, people scared, fearing it may happen again, and lots of anger, we’re seeing so much anger,” Joelle Wehbe, a clinical psychologist at the Restart Center, specialised in rehabilitating victims of war, said from a tent set up in the Mar Mikhael neighbourhood.

She urges survivors to speak about what they saw, heard and felt, rather than push it down, which would only “amplify the symptoms”.

Many feel all they can do is to bury the horrors.

Mohamad Soliman, 27, was watching Netflix and drinking green tea when the explosion threw him and his dog into a wall of his house.

Shell-shocked, he walked through the street past dead people. One, he recalls, was bloodless but propped up lifeless against a wall, like “the soul was knocked out of him”.

He pushed on to his neighbour’s house. She was stuck on the fifth floor, blinded by shards of glass.

Soliman climbed stairs strewn with debris and cleaned her bloodied face. One of her eyes was split open. He says he told her it was dust, and shudders at the memory.

The 27-year-old Egyptian lost everything in the explosion – his apartment, a bar he owns and a popular restaurant he has stakes in. He also lost friends; the chef at a local sandwich place, a waiter at a Resto-pub. Rawan, a 19-year-old waitress.

“What’s next? I don’t know. I get up and try to do something useful so I don’t think. Give me boxes to carry or bottles to move,” he says, before shaking his head.

“I can’t make any life decisions or think about the future when my whole community is gone.”