Afghanistan will convene a grand assembly of elders, known as the Loya Jirga, in Kabul on Friday to decide whether the last 400 Taliban prisoners will be released as part of a peace agreement signed between the armed group and the United States.

An agreement by US and Taliban negotiators in Doha in February stipulates that 5,000 Taliban prisoners should be released from Afghan jails as a precondition to the armed group entering peace talks with the internationally-recognised government.

President Ashraf Ghani’s government has released all but 400, saying their crimes were too grave.

On Sunday, it declared a Loya Jirga, a traditional consultative gathering of elders, community leaders and politicians, was needed to debate what to do with the remaining prisoners.

“These 400 are those who have been convicted in killings from two to 40 people, drug trafficking, those sentenced to death and involved in major crimes, including kidnapping,” Sediq Sediqqi, a spokesman for the president, said.

According to Sediqqi, the council to be attended by 3,200 people will also decide “what kind of peace it wants”.

Afghan President Ashraf Ghani government has released all but 400, saying their crimes were too grave [File: Rahmat Gul/AP Photo]

Ahead of the Loya Jirga, Human Rights Watch cautioned that many of the prisoners had been jailed under “overly broad terrorism laws that provide for indefinite preventive detention”.

“Secret trials and torture to coerce confessions may make it impossible to determine which prisoners actually committed serious crimes,” it said.

The Taliban freed the 1,000 prisoners it was holding and US and NATO soldiers already started withdrawing troops in line with the February agreement that the Trump administration pushed as part of the Republican president’s election promise to bring the troops back.

“We acknowledge that the release of these prisoners is unpopular,” Pompeo said in a statement. 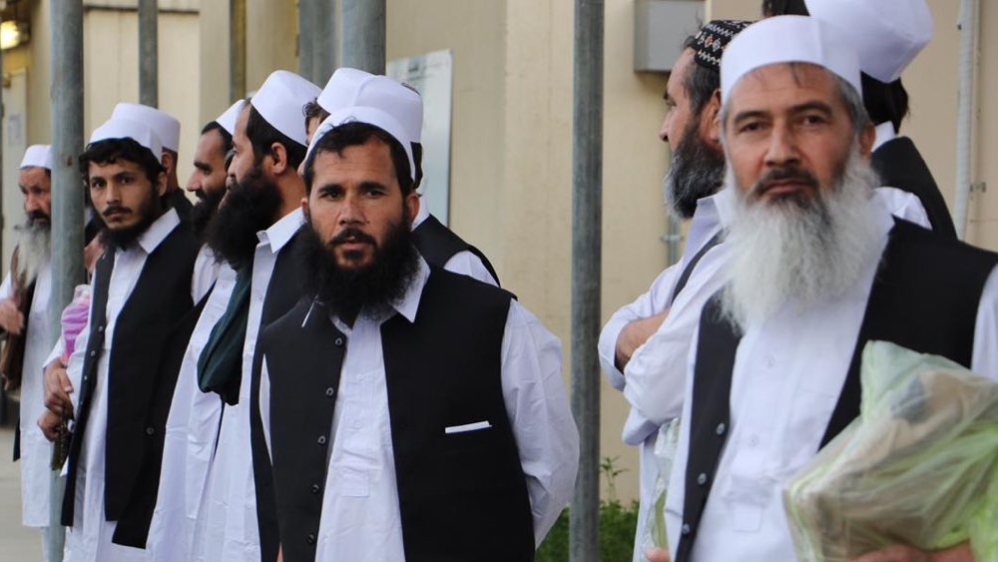 The Taliban is demanding the release of 400 prisoners as a condition to start peace talks with the internationally-recognised government in Kabul [File: Anadolu]

“But this difficult action will lead to an important result long sought by Afghans and Afghanistan’s friends: reduction of violence and direct talks resulting in a peace agreement and an end to the war.”

In a statement the top US diplomat told Afghan leaders that the Taliban was committed to reducing violence after talks start. “The United States intends to hold the Taliban to these commitments,” Pompeo said.

The Taliban said it is ready to hold negotiations within a week of the last prisoners being released to move the peace process forward. They also agreed to a three-day ceasefire over a Muslim holiday that ended on Sunday at midnight.

The UN secretary-general’s special representative to Afghanistan, Deborah Lyons, also held a meeting with Baradar on Wednesday, according to a tweet from Taliban political spokesman Suhail Shaheen.

While there has been no announcement of a continued ceasefire, there have been no reports of large scale military attacks by the Taliban against the Afghan military.

The Taliban has also not attacked US or NATO troops since the February signing of the deal with the US.

The council is being held even as the government’s health minister, Jawad Osmani, in a briefing this week said a survey suggested at least half of Kabul’s population has been infected with the coronavirus and at least 10 million people – or a third of all Afghans – have been infected.

The official figures are much lower at nearly 37,000 confirmed cases since Kabul began keeping statistics in March.